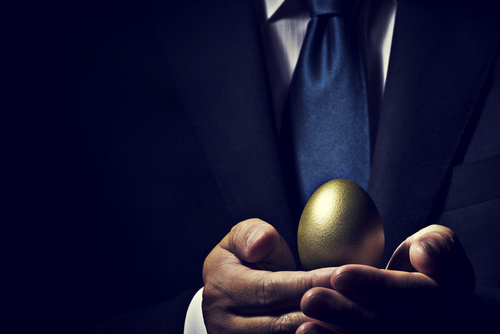 The world is delighted to have the first decentralized protocol solution, that aptly brings the benefits of the blockchain technology to the luxury markets. Luxochain presents a holistic approach to luxury goods marketing, procurement, and distribution, with fantastic peer to peer features that have revamped this important sector of the economy. Considering the fact that the luxury market is a delicate one- originally characterized by fake product proliferation and fraud, the Luxochain company’s operation framework has followed the most reasonable routes and designs to make it work.

Consequently, the investment roadmap adopted is that which adequately caters for the actualization of the company’s objectives for the project, while also creating sufficient economic and financial value for the participating stakeholders.

Luxochain is expected to cause a change to the negative trends of an industry whose yearly revenue loss amounts to an estimate of over $2 billion. This figure accounts for fund theft resulting from the sales of inauthentic and/or unverified luxury goods alone.

Thus following the designed roadmap as available in the Luxochain’s whitepaper, the company has distributed its intended financial expenses amongst components of the project, and in such a way that every aspect is well executed.

According to overall estimates, the Luxochain project would require funding with a hard cap of €5 million, for the project to execute. This sum would be raised within a spate of two weeks from the ICO kick-off date, thus intended investors are expected to make their contributions during this time.

However, before the main token generation event, the project would carry out a pre-sale event where 20% of the total tokens would be distributed.

The ICO events start on the 10th of October, with the distribution of a total of 100 million LUX tokens, which would ultimately ensure that the required sum is raised. This accounts for 10% of the total created tokens, while the remaining 900 million tokens have been shared amongst other essential activities and players on the Luxochain network.

Asides the ICO participants who become token holders, Luxochain would carry out marketing airdrops where another 20% of the total tokens would be issued out.

Funds distribution for the Luxochain project

Once the crowdfunding is completed, funds distribution would take place based on the budget allocation formula drafted out for the project. There are five basic categories that would take the bulk of the allocations:

This is one of the most important aspects of the Luxochain project, which also plays an important role in determining how much results would be obtained on the project objectives. Consequently, this segment has been allocated 25% of the ICO funds, which may also still be augmented by another external capital source, outside the ICO.

The intended standard is top notch, and the company would be entering into a number of partnerships in order to build the desired viable technology.

The luxury industry is a diverse one, with various subsectors in the overall. If any ICO project must reach the intended goal, then there must be a thorough marketing structure in place; now, this is even more important in this particular type of business. Luxochain’s project/product marketing has been estimated to take an approximate €1.25 million (25%), for its effective execution.

In order to give Luxochain the intended relevance, there would be proactive efforts aimed at expanding influences and the network. This segment of the project takes 15% of the allocations.

The bulk of the work that culminates into whatever turns out of the Luxochain luxury market solution, depends on whatever efforts the project developers and team members have put in place. 30% of the funds would be dedicated to salaries- for both existing and new members that would be subsequently added.

The company would be setting asides an essential 5% of funds to cater for company legal requirements and other related administrative costs.

Benefits of participating in the Luxochain project ICO

The luxury market is an ever booming market with a lot of daily prospects for stakeholders on the scene. This means, the Luxochain project if properly executed as strategized, is well placed to achieve enormous success in no time.

Consequently, investors would be benefiting from token value rise, while also having access to the entirety of Luxochain’s range of ingenious services. This means that asides the profit leveraging tendencies that are characteristic of the general cryptocurrency markets, holders of the LUX tokens would also be benefiting from the optimized solutions that Luxochain brings.